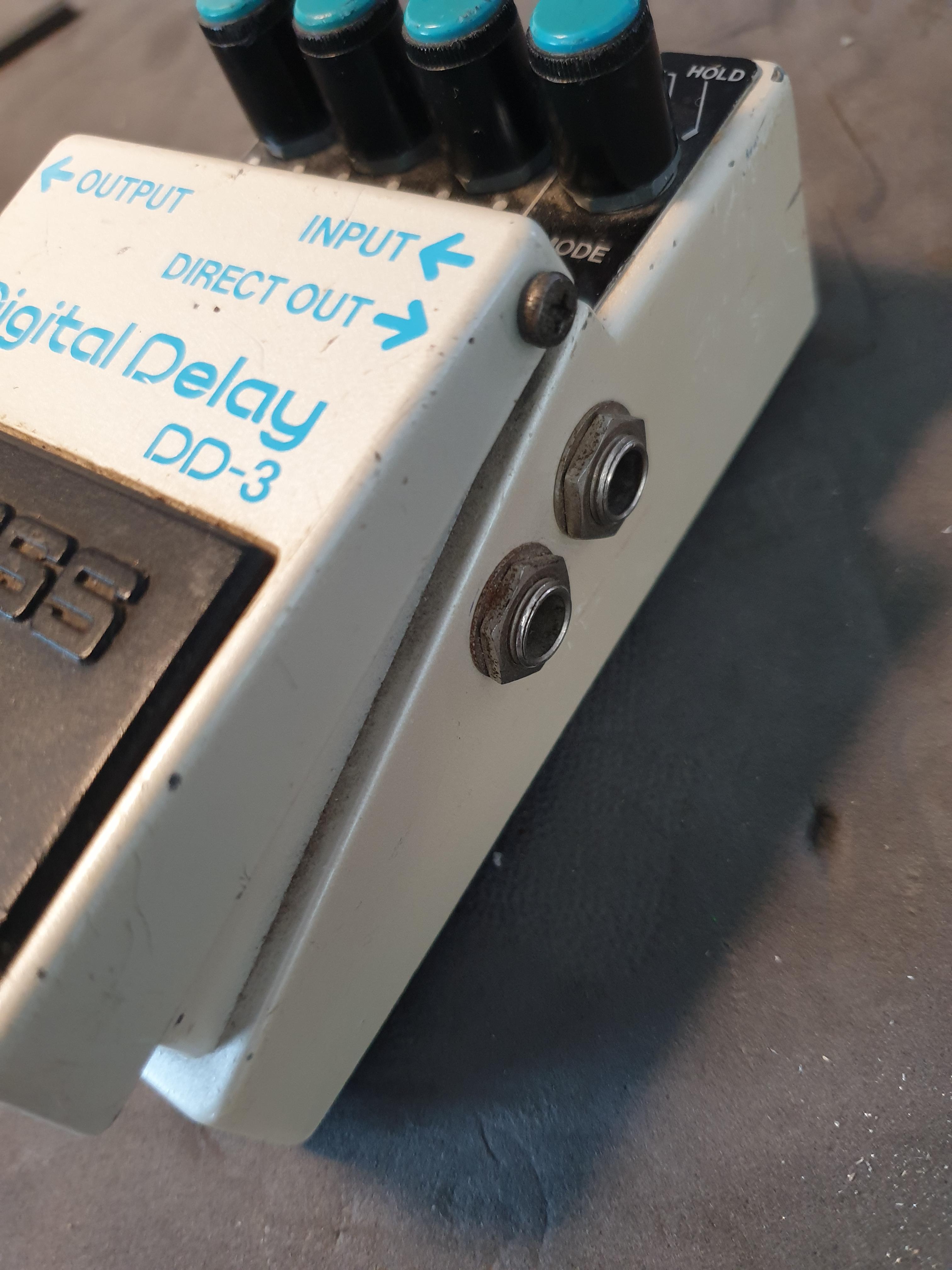 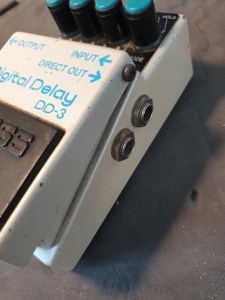 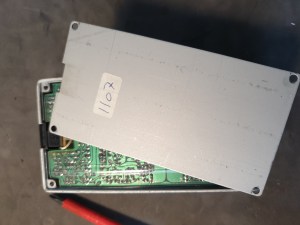 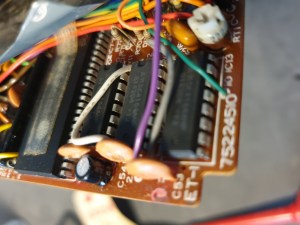 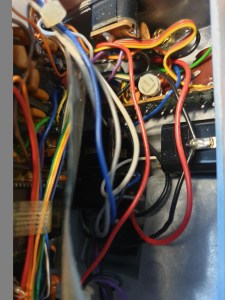 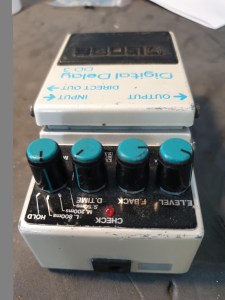 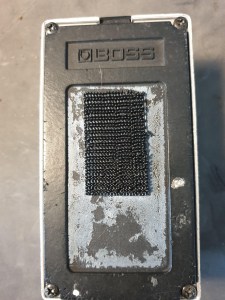 So the DD-3 was born. The second output jack is now labeled ”direct out” instead of the ”stereo out”, but according to the user manuals, it works the same as before (2nd output is dry only, switching the main output to delay only). It had the ”external” type of adapter jack (the one that slides into a cutout in the box, rather than just poke through a square ”hole” as they do these days), and a blue label marked ”Made in Japan”. The mode selector was mounted separately from the other three pots (which were soldered together to a small circuit board). This means that if you find a DD-3 that has a wobbly mode selector while the other pots are screwed down tight, it is definitely a version 1 pedal. If you open it up, you will find a huge delay chip that covers the entire width of the circuit board, along with a maze of wires connecting the pots and various points on the pcb. It also has the same foil shield found in the ”2”.